Letter from Mary Jane Boultinghouse to her husband, Daniel B. Boultinghouse discussing life on the home front and the many tasks she must tend to in his absence.
She mentions a rumor that furloughed men and deserters are being gathered to guard Austin, along with as many as four thousand African American residents.
During this time Daniel Boultinghouse was stationed in Galveston, Texas defending the coast from Union raids.

Daniel Boultinghouse and Mary Jane Russell Boultinghouse had eight children during their marriage, eight of whom died of diptheria during and around the time of the Civil War. Though Daniel obtained a Certificate of Disability due to "chronic disease of the lungs", he continued to fight for some time.

All rights to the images are held by the respective holding institution. This image is posted for non-profit educational purposes, excluding printed publication. For permission to reproduce images and/or for copyright information, contact The Williamson Museum, 716 S. Austin Ave, Georgetown, TX 78626. 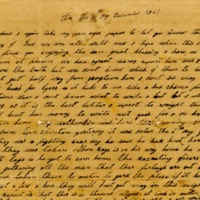 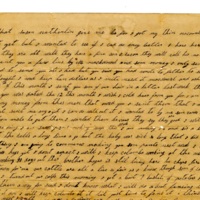 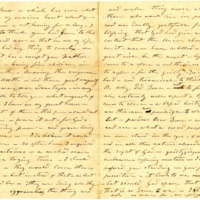